In 1921 James A. Sweeney founded West Seattle’s Alki Lumber& Hardware Co. at its original location at Harbor Avenue, on the shores of Alki Point. At the time, Seattle was home to countless independent lumberyards. Today only a select few remain, including Alki Lumber, which is now in its fourth generation of Sweeney-family ownership and operation.

When James passed away in 1938, the business continued under his wife Mayme and son, Bill Sweeney. It was at this time that the Harbor Avenue location was closed and Alki Lumber opened its doors at 36th Ave and SW Avalon. In 1957 the business, including the original building structure, were moved across the street to its current location at 4422 36th Avenue SW.

“Tell it to Sweeney” was a familiar sign on the trucks that serviced West Seattle through the early years and has become a mantra of the company’s “can-do” service philosophy to this day. When Bill passed away in 1962 his son, Jim B. Sweeney, in his early twenties at the time, took the helm. In the early 1960s Jim purchased the wholesale dealer Dearborn Lumber Company and merged it with Alki Lumber’s retail arm as an avenue to compete in Seattle’s booming commercial lumber market.

Thanks to the commitment and loyalty of numerous long-time employees, Alki Lumber continued to serve the West Seattle community and beyond, supplying lumber and hardware to projects throughout the Northwest and Alaska.

After 50 years of unsurpassed leadership, Jim passed away in 2012. His daughter Lynn (who started her career sweeping sawdust at age 12) is currently honored to continue the family’s heritage and the company’s ongoing commitment to service excellence. 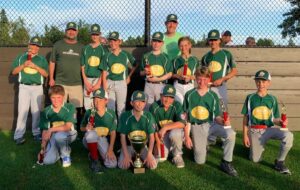 Alki Lumber believes in giving back to the community in which we work and live. We proudly support many local not-for-profit organizations including West Side Baby, the Boy Scouts of America, the West Seattle Fauntleroy YMCA and are long time sponsors of the West Seattle Baseball organization.

“Tell it to Sweeney” 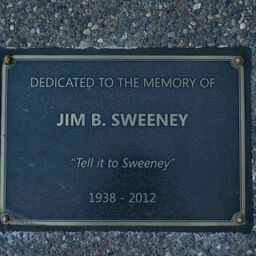